“Forget all your phases of play and technical practices. You first need to light a fire under players.”

‘Psychology’ is an evocative word. To the layperson, it looks like something that is beyond their comprehension, something that is best left for academics and thesis writers, just like the rest of the ‘-ology’ disciplines. We distrust ologies. We look at them with suspicion. We misunderstand them. Other terms are often used to take the sinister edge off the term such as ‘mind coach’, ‘Peak Performance Coach’ or a ‘stretch’ rather than a ‘shrink’ (Bill Beswick).

This fear and mistrust comes from a lack of knowledge around the subject and as a result, competent people even declare that they ‘don’t believe’ in psychology in soccer. In a sense, that is like not believing in gravity. But although they cannot be seen, both psychology in sport and gravity are very much alive.

Summarising soccer psychology in one chapter is virtually impossible. I contribute to a sport psychology website called The Sport in Mind. When scrolling through the index there are well over 100 topics to select from. The wonderful book Coaching the Mental Game by H.A. Dorfman has an A-Z of topics for the coach – and another A-Z for athletes! Psychology is a minefield.

Therefore, instead of this chapter providing very little information about everything, I will endeavour to give you a ‘one-stop’ guide to psychology in soccer, based on the most useful, workable topics that I have encountered.

Two Exercises for the Non-Believers

I always find it a shame that when introducing the use of psychology in soccer, I feel the need to justify it, and then hope that people come on board. Indeed many of the other performance sciences, such as biomechanics, nutrition, etc. have been more readily accepted than psychology.

In an effort to substantiate embracing psychology in soccer I have outlined two exercises below. The first you can do in a matter of seconds, the second will require an assistant…

Even the Non-Believers Use Psychology!

I want you to think about the most old-school, narrow-minded coach that you know. The coach that is stuck in his ways and never embraces change. The one who talks, but doesn’t listen. The one that would glare at you if you ever mentioned any word that ended in ‘ology’.

Maybe a team-talk of his has gone something like this:

Whether you are a psychologist or not, you will notice that all the above statements refer to psychology and the mental approach to the game. Is his proof enough of the need to embrace it? Or maybe you need physical proof…

The Physical Power of the Mind

This is an extraordinary exercise to show fellow coaches and even your players the power of mindset and positive thinking. I won’t claim it as my own, but will thank Susan Jeffers, the author of Feel the Fear and Do It Anyway.

Have a member of your team stand in front of the group. For effect, choose the biggest, most boisterous player.

Ask them to raise their arm so it is at 90 degrees to the body. Tell him you are going to push his arm back down by his side and to resist you.

Before pushing, however, tell him that he is strong and worthy. Tell him he is a rock and an immovable mountain. Get him to repeat: “I am strong and worthy” four or five times. He must fiercely repeat it and really get into the emotions of it.

Try pushing his arm down – you won’t be able to! He will have the physical power to resist your efforts.

This time you will effortlessly push his arm down.

All that has changed is your player’s mindset. A mere 30 seconds worth of suggestion and feedback from the coach, and some negative self-talk, results in the physical performance of your player being completely corrupted – as a result of their mindset! 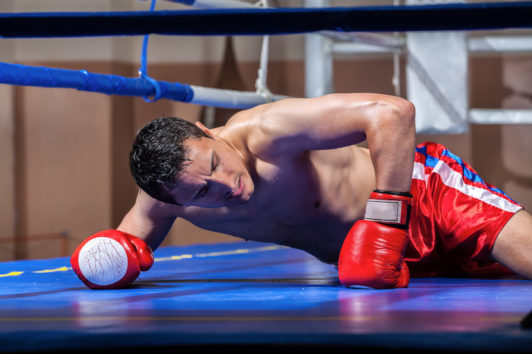 Bouncing Back From Adversity 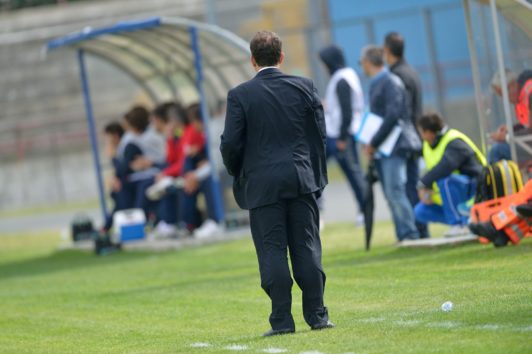 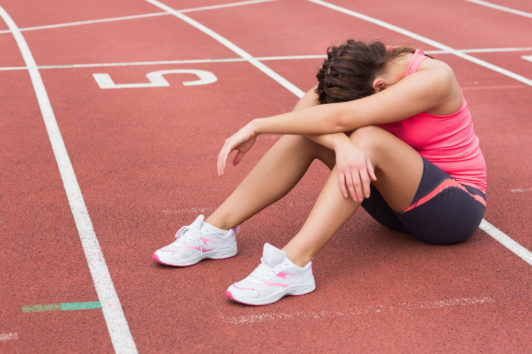