Parent-coaches are very common in youth sports. This is not necessarily a negative thing— there are plenty of parents who do a great job—but it often seems as through the club could be doing a better job of getting their own, senior-level athletes into coaching the youth teams. This could create an environment which would be beneficial for all parties, the player-coach, the youth players, and the club as a whole.

There is very little research on the topic, as most of the research in this area focuses on the transition from player to coach, leaving a gap in research looking at athletes who compete while also coaching a youth team—for the sake of this article, we will refer to this as a “player-coach”. However, these transitions could be perceived as somewhat similar.

Young athletes exposed to a player-coach will experience a focus more likely working towards skill development, instead of on winning and results, as the player-coach may be more attentive to detail and have a better understanding of which parts of the game are important to focus on during training. This will, in turn, improve their performance and their desire to play. Having an unbiased coach, as opposed to a parent-coach who may show bias towards their own child and their child’s friends, is also a benefit in that all athletes will be given equal attention. Perhaps the most important benefit of having a player-coach is that the players will be in direct contact with a role model, a high-level player that they can look up to and learn from.

The benefit for the club is that there may be more of an opportunity to focus on creating a positive environment that is conducive to learning. If the player-coach has been exposed to this kind of environment as a player, they will likely coach in a manner that reflects the playing environment they experienced. In addition, this is easy advertising for the club. With a senior player coaching a youth team, players on that team will attend senior games, which in turn means that friends and family will follow. Ultimately, this will create a more positive club atmosphere with a clear path from youth- to senior-levels.

Roach and Dixon (2006) looked at the transition of college athletes into assistant coach positions. There are many parallels that can be assumed between transitioning from player to coach and that of a competing athlete balancing playing and youth coaching. First, the coaches explained that they liked having former players as assistant coaches because they were already compatible for the position, as they already knew the team strategies and coaching style, having already been exposed to that as a player. This is also true for player-coaches as they were and are part of the system and the club philosophy, making them instantly compatible for the position. Second, since the player is already known within the organization, their level of motivation and work ethic is already recognized. The same should be done for the senior players looking to become coaches—it’s a big responsibility and the right players with the right work ethic and motivation must be selected. Third, just as a former college player already has at least four years of experience in their program and can give advice to their players, the player-coach can help their players with first-hand advice, as they have already gone through those steps of development. And finally, it was found that these former college athletes provided psychosocial support, creating mentor relationships between the assistant coach and players. This could definitely be a benefit for both the player-coach and the athlete, as the player will have an outlet to speak their mind and to feel support, and the player-coach will develop important interpersonal skills and increase their self-worth. Both parties will benefit from this trusting relationship.

So, how do we get these senior-level athletes into youth coaching?

First, educate them. The club will gain many benefits from paying for their players’ coach education.

As much as the athlete has likely gained a lot of technical and tactical knowledge from their experience as a player, it is still important for them to get their formal coach education and to “gain the basic grounding and experience of coaching at lower levels (league-wise and qualification-wise) in order to succeed” (1). At the end of the day, education and training will come from a blend of formal and informal sources, and it is important that the club makes this readily and easily available to the new player-coaches (3).

Second, provide mentors. An increasing amount of research has been demonstrating the importance of a mentorship relationship for coach development. One study found that many youth-sport coaches had a mentor in their first years of coaching (3). These player-coaches need a safe environment to share and learn from others’ experiences. As important as it is for them to reflect on themselves, this does not have to be a solitary process, as they can learn from discussing with their peers and their young athletes (3). At all levels of sport, “interactions among the coaching staff (coaches, assistant coaches, and manager) can provide important learning situations in which they discuss coaching issues and develop, experiment with, and evaluate strategies to resolve these issues”(3).

It is also important for the player-coaches to receive constructive feedback. They are likely used to receiving this as a player, and may very well be expecting to receive this as a coach.

Third, give them work. In addition to entrusting them with a youth team, for little or no pay, creating opportunities for them to work at camps, clinics, or at some level of management, can allow these athletes to make a little money. Many athletes around this age will try to find work, oftentimes outside of the sport, so why not provide them with an opportunity to work for their club? Creating this type of opportunity for the player-coach will allow them to feel more committed to the organization, which would then increase the probability that they will stay with that organization (2). In addition, this could be a step in the right direction in helping athletes in their transition away from being a player. It can be speculated that in educating them as a coach at a younger age, they will be better prepared and perhaps even more likely to make a smooth transition from player to coach in the future.

It is important to add that not necessarily all players make good coaches, just as not all parent-coaches make bad coaches. The thing that matters most at the end of the day is that the players are having fun and learning in a positive environment that will benefit their development! 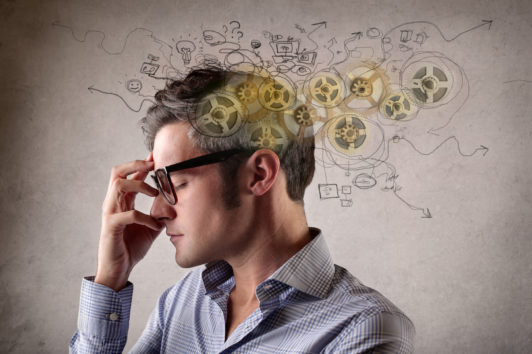 Trusting the body in Sport: Quietening the Mind 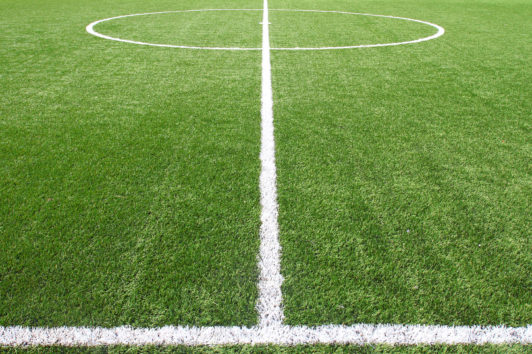 "Playing Football With A Square Ball" 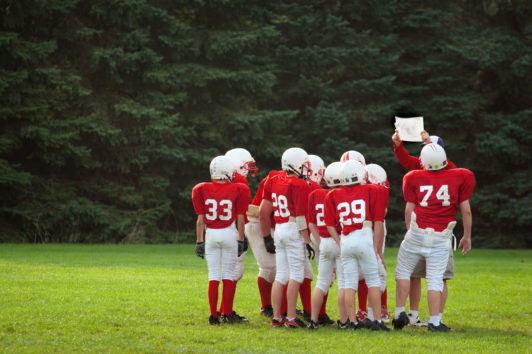