“those to whom much is given, much is required” – John F Kennedy

Following the culmination of this year’s Superbowl, the NFL’s end of season extravaganza, one member of the losing Carolina Panthers team garnered more column inches than most. Cam Newton is a physical specimen, at 6-foot-5 tall and weighing 260 lbs he is undoubtedly one of the best athletes in the league. The former Heisman Trophy winner was selected first overall by the Panthers in the 2011 NFL Draft, he is the face of the franchise, the team’s quarterback and de facto leader.

There is no question, he has had a fantastic season and was rightfully voted league MVP. His team had a highly impressive 15-1 record after the regular season with their performances characterised by efficient offence and suffocating defence. The players obviously had fun as the victories tallied with Newton the chief cheerleader, his infectious enthusiasm clearly rubbing off on his teammates. As we know, when things are going well, life is good and leading is easy. The real test of leadership comes when the going gets tough.

Every team needs effective leadership in order to be successful. Newton has leadership qualities, yes but does he have the emotional intelligence to be a truly great leader? In the closing stages of the Superbowl, as his team was succumbing to defeat, some commentators noted he was withdrawn and sullen on the sidelines, clearly lacking positive energy. According to Goleman (1995), emotional intelligence consists of, amongst other things, self-awareness, self-regulation, empathy and social skills. Stogdill (1974) listed a number of key traits and skills that leaders need to possess. Amongst them he cited willingness to take responsibility and being knowledgeable about the group. There is a significant overlap, generally being cognizant of what emotions you are experiencing, how those emotions manifest themselves and the effect that has on teammates. The general consensus seems to be that Newton still lacks these vital qualities.

After a crushing loss on such a big stage there will obviously be bitter disappointment. Again, the way that disappointment manifests itself has a crucial impact on teammates. Games are decided over the course of 60 minutes although games are often remembered for one critical play. In both this year’s and last year’s Superbowl, the losing quarterbacks made poor plays in the final quarter which potentially cost their teams victory. These comments were attributed to Newton two days after the Superbowl. “OK. I didn’t get the fumble, but we can play tit for tat, I’ve seen numerous quarterbacks throw interceptions and their efforts afterward … they don’t go.” “OK, you say my effort. I didn’t dive down. I fumbled. That’s fine, but at the end of the day, we didn’t lose that game because of that fumble. I can tell you that.” (Person, 2016). Compare that to comments attributed to Seattle Seahawks quarterback, Russell Wilson immediately following their 2015 Super Bowl loss, after he threw a final minute interception. “I put the blame on me…  I’m the one who threw it… We were right there, so I put the blame on me” (Condotti, 2015). Wilson took personal responsibility for the team’s loss, taking the pressure off his teammates. Newton was very defensive in his comments, clouding the issue by questioning other quarterbacks’ effort and inferring that losing the game was not his fault. These comments could be construed as demonstrating a striking difference in emotional intelligence between the two franchise leaders.

We can be pretty confident that the Carolina Panthers will be making their top Sport Psychologists available to Newton throughout the offseason with the aim of improving his emotional intelligence, thereby making him a better leader and giving the franchise an even greater chance of success in the years to come. He is still young and as he matures that emotional intelligence will improve.

It seems fitting to end this piece with a quote from the great Vince Lombardi, “Leaders aren’t born, they are made. And they are made just like anything else, through hard work. And that’s the price we’ll have to pay to achieve that goal, or any goal.” Cam Newton has achieved many goals to this point in his career through hard work and determination. Overcoming his emotional demons could be the goal that elevates him to become one of the all-time greats.

Person, J. (2016, February 9). Was Cam Newton’s explanation of why he didn’t go for fumble contorted, too? The Charlotte Observer. Retrieved from http:///www.charlotteobserver.com/

Alongside my regular applied work with athletes, parents and coaches, I am undertaking a Professional Doctorate in Sport & Exercise Psychology at Liverpool John Moores University (LJMU). I hold the Graduate Basis for Chartered Membership with the British Psychological Society and I previously obtained an MSc Sport Psychology (Distinction) at LJMU in 2018 and a BSc Psychology (First) from University of Derby in 2017. 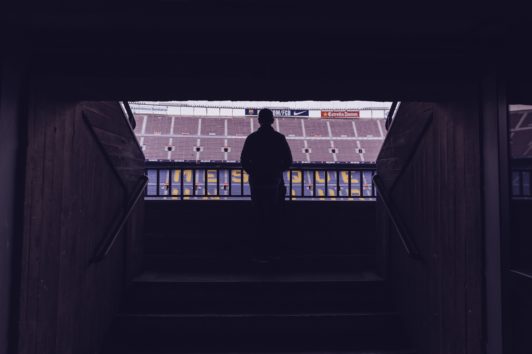 Pushing athletes harder: Why getting too comfortable can be hazardous 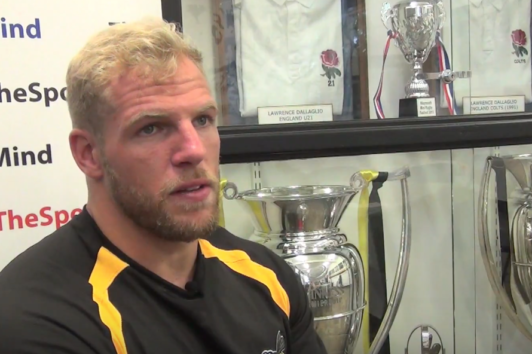 James Haskell: What do you think is the most effective coaching style? 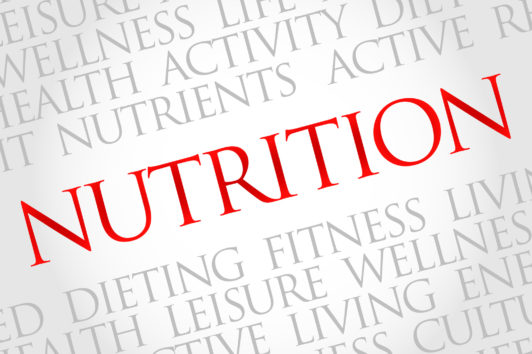 Actovegin: the new performance enhancer on the block?