Borris Johnson forged ahead with his assertion that it was best for Great Britain to be out of Europe, Little did he realise that he could have seen the English soccer team follow his example so soon with a surprise loss to Iceland at the Euro 16 soccer championships.

The English soccer team have made a name for themselves as constantly failing when the expectation is at its greatest. We have had penalty misses from Stuart Pearce, Gareth Southgate and David Beckham contribute to previous tournament exits while we have seen the vitriol turned on David Beckham for a needless sending off in key moments of tournament play – erratic behaviour and skill breakdown that is largely not common among such skilled professionals. Never was this more evident than the recent loss to Iceland in the European championships in France. We saw Wayne Rooney and Harry Kane unable to execute some basic skills while decision making among numerous players was off the mark and lower than what you might expect from an English international. Would Joe Hart be so error prone on a training field or in a less pressurised situation? The media expectation and the anxious crowd wouldn’t have helped either. They are not the only group of players to have suffered from gross under performance when expectation was at it greatest.

In 2007, the All-Blacks were set to win their first Rugby World Cup since the inaugural tournament in 1987 – a huge thing for New Zealand given that it is their national sport. They led France 13 to 3 at half time in the quarter final. In the second half, it went a little pear shaped for them and they lost 20 18 in the process. Star player Anton Oliver likened the feeling afterwards to a death in the family. The expectation was so great, the result so damaging and hurtful. The players had choked due to the fear of failure – a crippling form of anxiety and performance stress brought on by huge expectation. Poor decision making and inability to stay calm and rational under pressure cost them the game and their chance to fulfill their countrymen’s expectations.

We have seen performance catastrophes in other sports too. In 1986 Greg Norman led by 6 shots heading into the final day at Augusta National. He couldn’t handle the pressure and lost. Rory McIlroy suffered the same fate in 2011 at Augusta while Jean Van De Welde made a similar fall when he was red hot favourite to win the British Open at St Andrews. He even considered attempting to hit the ball from the drain on the famous 17th hole. His decision making was out of control. Colin Montgomerie could never win a golf major despite topping the European Tour Order of Merit for ten years in a row while more recently Shane Lowry threw away a four shot lead as he attempted to win the US Open at Oakmont.

Jimmy White could never win the World snooker championship despite being the best player in the world for many years. Jonny Sexton missed a crucial rugby place kick against the All Blacks in the Guinness Autumn series a few years ago that would have sealed victory for Ireland – a first for his country over the All-blacks. At the time, he stood over the kick for more than 15 seconds longer than he normally does and missed. He couldn’t hold his nerve. Other examples include Jana Novotna at Wimbledon in the final of 1993 versus Steffi Graf with numerous consecutive double faults and AC Milan throwing away a 3-0 lead to lose the Champions League final to Liverpool.

In 2011 the All-Blacks tried to address the problem of anxiety and performance stress and brought in psychological support to help players manage their minds and decision making when under pressure. All Black psychologist Gilbert Enoka suggests that the brain delivers three types of response when challenged in a stressful environment – instinct, emotional and thought response. The body always does what the mind tells it to do and he felt that this was the root of the problem. The problem wasn’t one of fitness or physical skill-set.

Emotional and instinctive decisions can be somewhat erratic and often incorrect ones as had proved on previous occasions. He needed needed his players to steer towards decisions that are thought induced and made by clear and rational minds that aren’t overwhelmed by the stress and pressure of the occasion. For that to happen he needed them to be calm under pressure.

He began working on control of attention to alleviate anxiety in pressure situations where it is easy for a mind to go from clear and positive mind to an over-heated, tense and frustrated one.
They described the All-Blacks previously to be H.O.T: Heated, Over-whelmed and Tense.

They called this “Red Head” – where one is no longer in control. Other unhelpful characteristics of having a “Red Head” might be: Tight, inhibited, results oriented, anxious, aggressive, over-compensating and desperate.

They required the players to have a “Blue Head” – one of calmness that can maintain clarity of consciousness, situational awareness, accurate analysis and have the ability to make good decisions under pressure.
Typically, a “Blue Head” would have the following characteristics: Loose, Expressive, In the Moment, Calm, Clear, Accurate and on task. Such a state of consciousness allows you to see the bigger picture, remain on task, and attend to relevant stimuli allowing players. Put simply, it allows the players to process the information at hand and make correct decisions.

For example, is there a positive overload to left or right (5v4 or 4v3 situation)? Is there a gap off the side of the ruck? Is the maul dominant enough to make yards? Is there a kick chase on? Should we take penalty or scrum? Tap kick penalty or go for the line-out? What type of line-out? Such decisions are made on a constant basis in rugby and such decisions often influence the result. Therefore having the ability to take the optimal option can be the deciding factor between winning and losing.

In this regard, some players need to be more psyched down than psyched up for a performance so that they can maintain appropriate clarity of consciousness for optimal decision making. Without realising, the natural charge of the environment of competitive sport (stadium, fans & noise) can put players in the H.O.T zone where they are unable to manage their thoughts. Those in that negative zone tend to go with an instinctive or emotional response as opposed to a rational thought induced response which very often is the wrong decision.

James Kerr in his book about the All-Blacks “Legacy” allays that former All-Black out half Andrew Mehrtens likens it to “striking the balance between being lucid and being motivated. There comes a point where you become too hyped up and you lose your lucidity and ability to read a situation and make a good decision.”
Lack of control often occurs due to frustration. Frustration can come about due to many reasons – mistakes in own performance – unmet expectation, a bad pass, a missed putt, a dropped ball, a poor refereeing decision, concession of a soft score, a missed opportunity or previous negative relations with said opposition. When this happens, athlete’s often lose their thought clarity resulting in erratic performance or behaviour leaving them open to ill-discipline that may have further implications for the team or performance.

For example, with only minutes remaining in a match where your team are expected to win, your team are in an attacking position on the pitch in possession of the ball but losing. Your thought process might be, “crap, we have to win this game, we are in trouble here”, as opposed to a strategic rational thought oriented response. This type of thought can keep you calm and allow you to see the big picture and make optimal decisions to help the team create a score to win the game.

This appeared to be a factor for England in their 2-1 defeat to Iceland. The sense of panic that surrounded the team became more exaggerated as time wore on and as the crowd became more frustrated and anxious, so did the players – impacting on their skill execution at key times. The overcooked crosses from Wayne Rooney and Harry Kane were classic examples of this while the missed header at the very end could also be put down to being in the HOT zone. In the meantime, Roy Hodgson moves on as the English media will look to turn on some of the players for their pound of flesh.

Sport psychology professionals can help athletes deal with these issues quite easily by equipping them with the tools to keep a calm head and play with a free mind in the moment to optimise their skill execution. 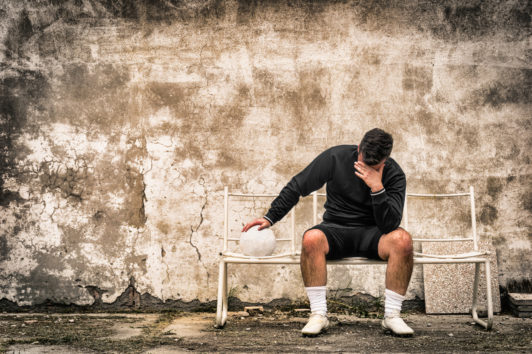 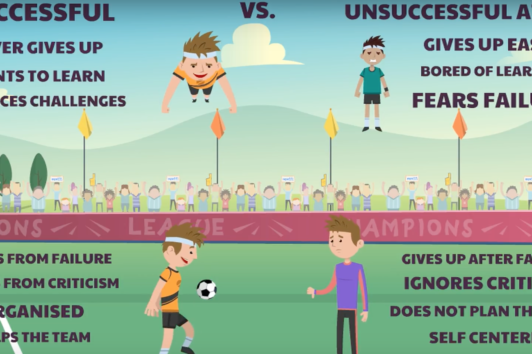 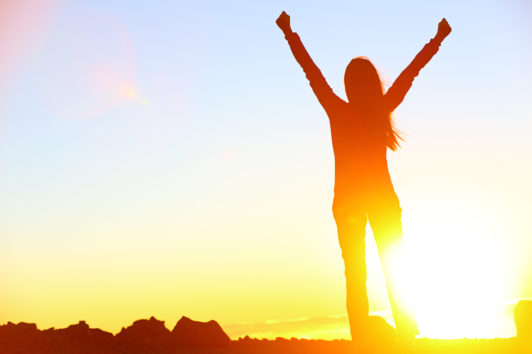