Why do expert athletes often appear to have ‘all the time in the world’ to respond in highly time constrained sports, while novices appear challenged by rapid speed of play? This distinction between experts and their less-skilled counterparts has been at the heart of discussion in the sports perception literature in recent years and the vast majority of this research has revealed experts to be superior at anticipating the outcome of opponents’ actions (e.g., Abernethy & Zawi, 2007).  The ability to anticipate or “predict” an upcoming shot in tennis, or the direction of a penalty kick in football prior to unambiguous ball flight information becoming available (i.e., before ball-foot or ball-racket contact) affords players with crucial time to dedicate to both getting to and preparing for an effective response.

The extra time offered via successful anticipation is not only advantageous, but may also be essential in circumstances where the time taken to process and respond to a stimulus exceeds the ball-flight time. For tasks such as the tennis serve for instance, Abernethy (1991) calculated that a ball travelling at 40-45m/s will result in a receiver having as little as 500ms (half a second) to a) judge the speed and direction of the ball, b) move and get in the right position for the return, c) decide where to hit the return shot and d) prepare for and execute the stroke needed for the desired return. On this basis, the ability to accurately anticipate opponents’ intentions during the early stages of their shot preparation is a requisite skill that separates “great” athletes from “good” athletes.

In an attempt to identify the critical sources of information needed to make effective anticipatory judgements, researchers have typically used temporal occlusion (i.e., video clips that are cut off at various points in an opponent’s action sequence) or spatial occlusion paradigms (i.e., video clips where sections of the display are hidden) as well as visual search techniques in their studies. The findings from such studies have found that experts utilise advanced visual cues displayed in an opponent’s preparatory movements that are otherwise overlooked by novices (e.g. Jackson and Mogan, 2007; Ward, Williams and Bennett 2002). In other words, experts identify with the most information rich areas, direct their attention appropriately, and extract meaning from these areas more efficiently and effectively than novices (Mann, Williams, Ward & Janelle, 2007).

A study by Jackson and Mogan (2007) used a spatial occlusion paradigm to isolate the advance visuals cues that expert, recreational and novice tennis players’ use in anticipating serve direction. The results revealed that in no occlusion trials (i.e., normal video conditions), experts performed better than recreational and novice tennis players in predicting serve direction. However, when occluding the ball toss, serving arm and racket, the experts’ judgement accuracy was significantly impaired, showing that these areas are the most important cues used for effective anticipation in elite tennis players.

Using a visual search technique in their football study, Savelsberg, Williams, Van Der Kamp and Ward (2002) found that expert goalkeepers employed a more efficient and effective visual search strategy involving fewer fixations of longer duration to more informative areas of the display (kicking and non-kicking leg). In contrast, novices spent longer periods of time fixating on less relevant cues such as the trunk, arms and hips of the presented player.  This shows that while expert advantage in utilising informative cues for anticipation remains stable across sports, the cues that are most important or relevant for effective anticipation varies depending on the type of sport. Despite this notion, recent research using point-light display (i.e., displays containing only basic kinematic features) across a variety of sports has shown that the cues from which experts extract the most relevant information for anticipation are predominantly found within an opponent’s kinematic or biomechanical movements (e.g., Abernethy, Zawi and Jackson, 2008). Moreover, research focussed on developing anticipation has found that explicit instruction and guided discovery of the most relevant kinematic cues enhances anticipation skill (e.g.,  Smeeton, Williams, Hodges & Ward, 2005), showing that directing attention towards and “reading” the body movements or “kinematic cues” of an opponent is essential for successful anticipation.

In summary, compared with their lesser-skilled counterparts, expert sports performers are both more accurate and quicker at anticipating the outcome of opponents’ actions prior to the availability of unambiguous ball-flight information. This ability to anticipate is largely due to the pick up or extraction of relevant advance cues that are contained within opponents’ kinematic movements. The fact that the anticipation skill and expertise level of an athlete appear synonymous suggests that anticipation is a requisite skill required for developing proficient sports performers. Accordingly, coaches, particularly those coaching experienced athletes, should focus on developing the perceptual skill of their players in addition to their physical technique and ability. 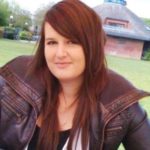 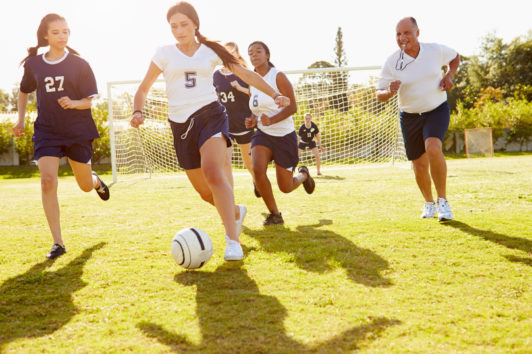 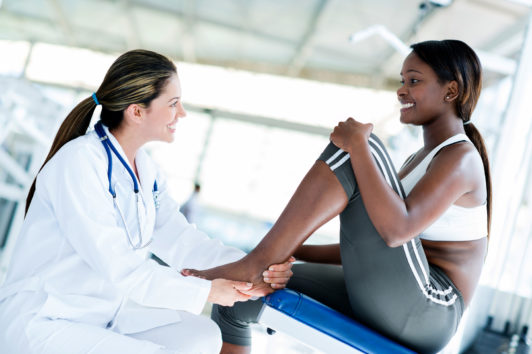 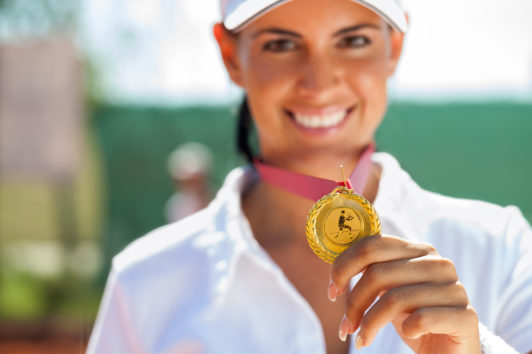